It was a little over a year ago today, my boyfriend’s 23rd birthday. After going out to a fancy dinner, we snuggled up on the couch to watch a movie. I passed off Aquamarine (the chick flick about two best friends on the brink of a colossal life change and their new mermaid friend) as a cute rom com and then quickly fell asleep on his shoulder. He is clearly a great boyfriend and I’m a horrible girlfriend because he watched the entire movie by himself so as not to wake me.

Though we’ve had numerous butterflies-in-the-stomach moments like dinner at the Five Sixty restaurant with a 360 degree, fiftieth floor view of downtown Dallas and the best dragon roll you’ll ever find, or playing on the beach swings while eating salt water taffy and watching the sun go down over Lake Michigan, our best dates of all time have been those that we didn’t go on alone.  They are the moments when it’s obvious that I’m not the only one who’s right at home around him.

Last week, for instance, my younger brother Alex eagerly came to the mall and then watched The Imitation Game with Devin and me. And, two nights ago, we invited him to tag along for dinner—or they invited me as Devin reassures Alex. Earlier this month, Devin and I thought that we were going to have dinner all by ourselves when my parents unknowingly showed up at the same restaurant halfway through our meal. Rather than pretending they didn’t know us, they pulled up a table and we had an impromptu double date filled with laughter and to-die-for CPK butter cake. Lastly, I’ll always remember the New Year’s Eve when my grandpa pulled Devin in for a hug and told him he loves him just like he does to me.

Some of the sweetest moments of all were the ones I didn’t even get to witness. Like while I was away at school (long distance rocks!), Devin became the honorary accountant of my older brother’s company (that’s one way to pass the big brother test with flying colors), and taught my younger brother how to drive a stick shift after taking him to breakfast.

There were no roses or romantic candlelight, just the understanding that the texture of our relationship is changed, fuller. Who was once just “Rachael’s boyfriend” is now someone very different—someone who gets phone calls and texts from my family members regarding topics that don’t concern me. These special dates, or not so dates, let me know that we really could be a forever kind of thing. 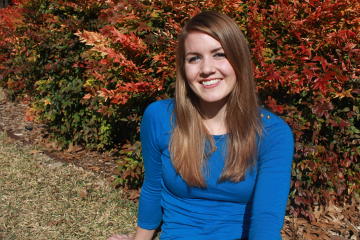